Institute of Mathematical Statistics
Fostering the development and dissemination of the theory and applications of statistics and probability
Renew / Join IMS
Two honors for Grace Wahba
July 18, 2022 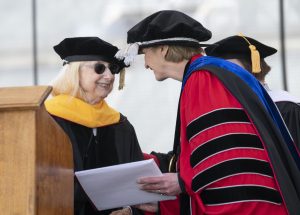 Grace Wahba, Professor Emerita at the University of Wisconsin–Madison, was awarded the honorary degree of Doctor of Science by The Ohio State University at its Spring Commencement on May 8. The degree recognizes the monumental contributions she has made to Statistics and Data Science during and before her 51 years on the faculty at Wisconsin, with special mention of her contributions in the area of smoothing splines, generalized cross validation, and her pivotal role in the development of statistical learning.

Grace Wahba receives copy of her own medal in special session

As we have previously reported, the IMS created a new award last year, the IMS Grace Wahba Award and Lecture. This is an annual award honoring Grace Wahba’s contributions to statistics and science, “including pioneering work in mathematical statistics, machine learning, and optimization; broad and career-long interdisciplinary collaborations that have had a significant impact in the fields of epidemiology, bioinformatics, and climate sciences; as well as outstanding mentoring.” In future years the lecture will be given at the Joint Statistical Meetings, but as this was the first year of the award, the Wahba lecture was given at the IMS Annual Meeting in London. It was presented this year by Michael I. Jordan, “On the Blending of Statistical Machine Learning and Microeconomics.” In a special invited session on Wahba’s contributions, Grace was presented with her own copy of the medal that had been made in her image. 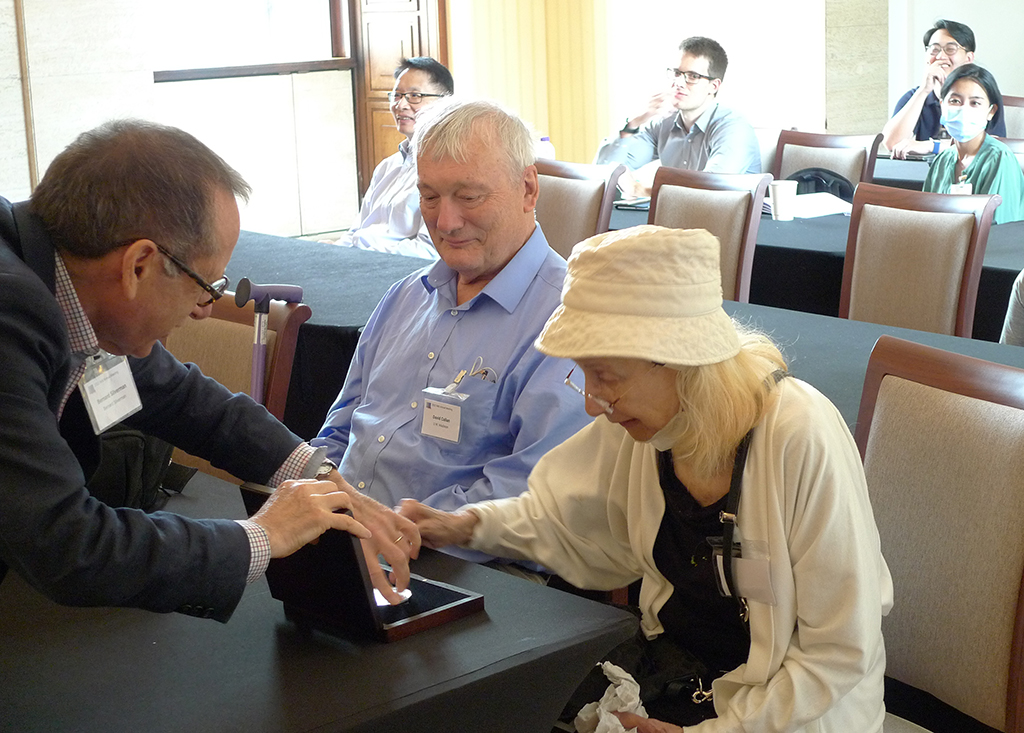 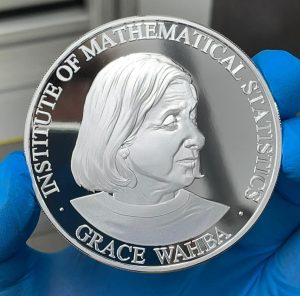