Institute of Mathematical Statistics
Fostering the development and dissemination of the theory and applications of statistics and probability
Renew / Join IMS
Song Xi Chen Elected to Chinese Academy of Science
May 14, 2022 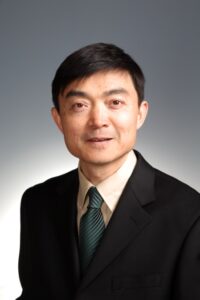 IMS member and Fellow Song Xi Chen of Peking University has been elected a member of the Chinese Academy of Science (CAS). He was elected, along with 64 other scholars, to the academy during the 2021 Assembly of Academicians of CAS held in November 2021. He is elected to the Mathematics and Physics Division. The previous statistics members of CAS were the late Professors Pau Lu Hsu (1948–1970) and Xiru Chen (1997–2005).

Chen is currently a Peking University Chair Professor in the School of Mathematical Sciences, Guanghua School of Management and Center for Statistical Science. Prior to joining Peking University as the Chair of the Business Statistics and Econometrics Department in 2008 and later as the founding director of Center for Statistical Science, he had held faculty positions in Iowa State University, National University of Singapore, La Trobe University, CSIRO Marine Laboratory and Beijing Economic College. He was elected as an IMS fellow in 2009, and was a council member of IMS from 2017–2019.