Institute of Mathematical Statistics
Fostering the development and dissemination of the theory and applications of statistics and probability
Renew / Join IMS
Obituary: Harry Cohn 1940–2021
December 15, 2021 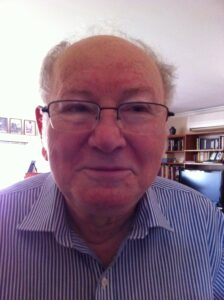 Harry Cohn was born on 27 July, 1940, in Bucharest, Romania, to Ionel and Perla Cohn (née Lachman). He died on 7 May, 2021, in Melbourne, Australia. Harry’s father Ionel was a mathematician, and also a music lover: Harry inherited from him his love for mathematics and music. His mother Perla was a home-maker.

Harry graduated with a PhD in mathematics from the University of Bucharest, in 1966, specialising in Probability Theory, under the supervision of Gheorghe Mihoc.

Harry worked at the Institute of Mathematics of the Romanian Academy of Sciences from 1963 to 1970; at the Technion – Israel Institute of Technology in Haifa, Israel, from 1970 to 1974; at Haifa University during 1974–1975; and at the Australian National University in Canberra from 1975 to 1978. Harry joined the Statistics Department at the University of Melbourne, Australia, as a Reader in 1978, and worked there until his retirement in 2003. He was the Head of the Department from 1989 to 1992.

Harry was a true mathematician—inspired and inspiring—who lived and breathed mathematics. He would engage with a problem constantly until he managed to solve it, usually in a new and innovative way. Mariana, his wife, tells that once he came home and told her, “We are going out to celebrate.” At the restaurant, Mariana asked, “What is it that we are celebrating?” Harry said that he had solved an important problem, proceeding to give her the mathematical details. Not mathematically trained, Mariana had no idea what he was talking about, yet she and their daughters—as well as people around them—could easily pick up his excitement about the maths. Harry was a very passionate man: he was passionate about maths, about current affairs, about politics, about his colleagues and friends, and about his family. He was also a champion table-tennis player, and won many medals in Israel representing his university in competitions.

Harry introduced and taught modern probability to many students at the University of Melbourne. Many of those went on to themselves become academics and professors in mathematics, statistics and even philosophy. I was Harry’s student from 1979 to 1983 for both MSc and PhD, and later, his colleague.

Harry was very knowledgeable in probability and random processes, including such fields as branching processes, simulated annealing, Markov chains, Markov processes, products of random matrices with connections to ergodic properties, and so on. Some of Harry’s important contributions lie in the theory of Markov chains, where he obtained deep results by bringing in the tools of modern probability.

His influential work on non-homogeneous Markov chains and Simulated Annealing, amongst others, were praised by Sir John Kingman in a letter he wrote to Harry in 1998.

Harry was the initiator and organiser of the commemorative conference for Wolfgang Doeblin, who died at the age of 25 in World War 2, and he edited a published collection of papers, Doeblin and Modern Probability, Providence, RI, 1993.

Harry stood tall amongst the best, attracting many leading researchers in Probability from overseas to visit what was then the Statistics Department at the University of Melbourne, give lectures and collaborate in research. This created a buzz of creativity and excitement. Notable visitors included SØren Asmussen, Kai Lai Chung, Peter Jagers, Marius Iosifescu, Harry Kesten, and Olle Nerman.

Australian statistician Terry Speed wrote to me: “Although I have had no contact with Harry for a very long time, nevertheless, I feel this as a great loss. He was a brilliant man.” Many of those who knew Harry share exactly the same sentiment; he was a brilliant mathematician and a good man, indeed. He will be missed by all of us who knew him, learnt from him, were inspired by him, worked with him and befriended him.

Harry is survived by his wife Mariana, two daughters and four grandchildren.