Institute of Mathematical Statistics
Fostering the development and dissemination of the theory and applications of statistics and probability
Renew / Join IMS
Obituary: Aristotle Arapostathis 1954–2021
December 15, 2021 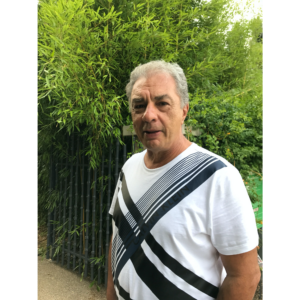 Aristotle Arapostathis, ‘Ari’ to his friends, lost his battle with cancer of the liver on May 19th, 2021, not too long after he was diagnosed with it. Born in 1954 in Athens, Greece, he was the only son of Theodoros and Eleni Arapostathis. After his schooling in Athens College, he obtained his BS from MIT in 1976, and MS and PhD from University of California, Berkeley, in 1978 and 1982 respectively, all in Electrical Engineering and Computer Science. He joined the Electrical and Computer Engineering department of the University of Texas at Austin, and remained there till his untimely death.

During his long and productive career, he worked on diverse problems, one common characteristic of which was the elegant mathematical underpinnings, both in their formulations and in the methodology. The strong mathematical training he had picked up in Berkeley stayed with him and he augmented it significantly so that he could hold his own with domain experts in a variety of mathematical themes. Many don’t know that his doctoral thesis was in power systems, where he is known for his contribution to the characterization of the stability region of synchronous power systems. In particular, he and his co-authors expanded the ambit of the energy function method by including terms corresponding to the generator field and loads in a structure-preserving framework. This spurred many papers in the 80s on the fundamental theory and application of energy-based methods to the power system stability problem. He also worked on other problems, such as the proliferation of harmonics in distribution systems due to electrical vehicles. The papers co-authored by him in this domain in the late 90s were quite ahead of their times. Subsequently, he worked on a variety of control problems ranging across systems with delays, sliding mode control, impulsive control, and, on the applied side, spacecraft control, robotics, sensor placement, resource allocation, communication networks, etc.

But what eventually became his main passion was stochastic control, which he started on through his association with his long time friend and colleague Steven Marcus, Marcus’s student Emmanuel Fernández-Gaucherand, and his postdoc and my former student Mrinal Ghosh. Eventually that circle extended to include me, my PhD students and Mrinal’s PhD students, and many others, such as his close friend Guodong Pang, who was by his side in his last days.

Beginning with Markov decision processes, his activity in the stochastic domain soon came to be dominated by controlled diffusions. Some dominant themes in this were his work on control of switching diffusions with Mrinal Ghosh (which had as a spin-off an interesting generalization of the Harnack inequality), his work on ergodic control with me, and most recently, his work on risk-sensitive control mostly with me and Anup Biswas, and his work on queuing processes mostly with Guodong Pang. The first few of these themes form the core of the monograph he wrote with me and Mrinal Ghosh. I want to highlight the fact that some of the more recent work on risk-sensitive control of diffusions calls upon some exceptionally high level of facility with nonlinear partial differential equations, which he supplied. The most impressive aspect of this is that this was not a part of his prior training, but he picked it up late in his career to a level that may put to shame many a career mathematician in this area. He had also started a promising collaboration with Serdar Yuksel on controlled Markov processes in general state spaces a few years before he died, with already some promising results.

As a long term collaborator and personal friend, I got to know him very well. We visited each other often. He was an extremely warm-hearted person, a go-to man for his friends not only for mathematics, but also for all kinds of personal advice and help. His ‘after you’ attitude went well beyond holding doors open for his companion. He always kept a low profile and, in my opinion, was grossly under-appreciated by his professional community because of that. He was very trusting, perhaps excessively so, and believed the other person to be good until proven otherwise. Even in the latter situation, he would downplay the fact. Outside his work, he had a few well-defined interests, but they were intense. The top is perhaps swimming. He always fondly reminisced about swimming in the sea at Kalamata, which he always did whenever he was back in Greece. He made up for this loss at the natural swimming facility at Barton Springs in Austin. In fact, he stayed in a small apartment as long as he could simply because it was a short walk away from Barton Springs. He loved western classical music which was perpetually playing on his car radio. I recall our visits during the bygone era of music CDs, to the iconic Rhythm House music store in south Mumbai known for its eclectic collection. He would walk out with a pile of hard-to-find classical CDs, much to the delight of the sales staff there. We shared a love of seafood, which we enjoyed both in Austin and Mumbai. Of course, he was steeped in the cafe culture of Berkeley, which for him might have dated back to his youth in Greece. He had his favorite venues for everything—cafes, restaurants, shops—in many of which, the staff knew him personally and would chat with him whenever he stopped by. I came to know many of these places, including Flipnotics cafe (sadly no longer around) and the quaint Oat Willie’s where he bought his special brand of cigarettes, both with a touch of the sixties. His knowledge of world affairs and history, particularly of Europe, made one wonder how he managed to keep on top of so many facts and factoids.

I consider myself lucky to have been his friend and collaborator. He touched the lives of everyone close to him and made them richer. It goes beyond cliché to say that he will always be there in our minds. May his soul rest in peace.