Institute of Mathematical Statistics
Fostering the development and dissemination of the theory and applications of statistics and probability
Renew / Join IMS
The Curious Incident of the Car in the Night-time
November 15, 2019

Yuval Peres recalls hearing the following story from Shizuo Kakutani in 1991, when he was a postdoc at Yale. He relates: 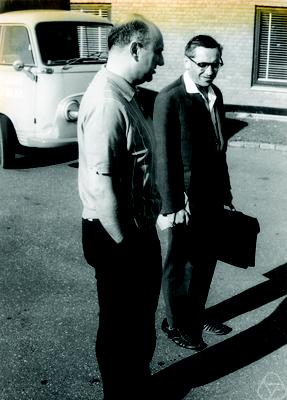 “Once, during 1960, Paul Erdős was visiting the US, and he stayed at Aryeh Dvoretzky’s NYC apartment. One day, Shizuo Kakutani drove from Yale to see them. After a long discussion, the three of them thought they had proved that one dimensional Brownian motion has points of increase almost surely. [Yuval notes that such points are local maxima to their left, and local minima to their right.] Then they had dinner at the apartment, and Kakutani left to drive back to Yale. But no matter how many times he tried, his car would not start. So he came back. The three started looking at the problem again. They now realized that the proof had a flaw. After a few more hours they proved the opposite result (almost surely there are no points of increase—see [1] below) and went to sleep. In the morning, Kakutani went to his car and decided to put the key in the ignition one more time. The car started at the first attempt.”

Yuval remarks: “One can see some traces of the late hour in the published paper. On the third page of [1], right above (3.1), the authors wrote: ‘Indeed, it can be shown with very little effort that the set of points of maximum is, almost surely, of the power of the continuum in every nonempty open interval.’ As they make clear a few lines earlier, they are referring to local maxima here, but this statement is false: Since local maxima of Brownian motion are all strict almost surely, each of them is a unique global maximum in some rational interval, hence there are only countably many local maxima. Fortunately, the false statement is part of the informal discussion and not part of the proof in [1]. Simpler proofs of the nonexistence of points of increase were published later, see, e.g., [2] and [3].”