Institute of Mathematical Statistics
Fostering the development and dissemination of the theory and applications of statistics and probability
Renew / Join IMS
SRS Varadhan receives US National Medal of Science
September 29, 2011 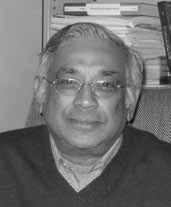 IMS Fellow and former president Srinivasa S.R. Varadhan, New York University, has been named a recipient of the US National Medal of Science- the highest honor bestowed by the government- for “his work in probability theory, especially his work on large deviations from expected random behavior, which has revolutionized this field of study during the second half of the twentieth century and become a cornerstone of both pure and applied probability. The mathematical insights he developed have been applied in diverse fields including quantum field theory, population dynamics, finance, econometrics, and traffic engineering.“

Comments on “SRS Varadhan receives US National Medal of Science”