Institute of Mathematical Statistics
Fostering the development and dissemination of the theory and applications of statistics and probability
Renew / Join IMS
Obituary: Wojbor A. Woyczyński 1943–2021
December 13, 2022 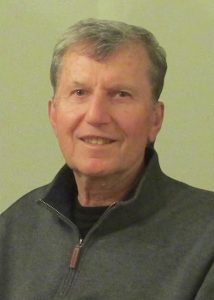 Wojbor Andrzej Woyczyński, Professor at Case Western Reserve University, passed away on the 14th of August 2021 in Cleveland, Ohio. He was 77 years old. He is survived by his children Martin Wojbor, Gregory Holbrook, and Lauren Pike, and by his wife Elizabeth Holbrook Woyczynski. Wojbor has left an indelible legacy of research, teaching, mentorship, and service to the profession and the community.

Wojbor was born in Częstochowa in Central Poland on October 24, 1943. After the end of World War II, the Woyczyński family moved west from Częstochowa to Wrocław, a regional capital in the Polish territory of Lower Silesia, where Wojbor lived till the mid-1970s. He studied engineering at Wrocław University of Technology and concurrently audited courses in mathematics at the University of Wrocław, taught by such mathematicians as Edward Marczewski, Czesław Ryll-Nardzewski, Hugo Steinhaus, and Kazimierz Urbanik, who were all members of the Polish Academy of Sciences. In 1966 Wojbor graduated with a master’s degree in electrical engineering, but his heart was in mathematics.

In 1968 Wojbor became an Assistant Professor in the Institute of Mathematics at the University of Wrocław, and in the same year he received a PhD degree under the supervision of Professor Kazimierz Urbanik. In 1972 Wojbor obtained a Habilitation in Mathematics and a promotion to Associate Professor.

Wojbor’s academic career extended internationally through academic visits, collaborations, and teaching. Eventually, he settled down in the USA, while preserving vivid relations with Poland, and Wrocław in particular. From 1970 to 1972, Wojbor taught and conducted research at the Carnegie Mellon University in Pittsburgh, Pennsylvania. His next visit to the USA, which was to become permanent, was in Summer 1976. Wojbor spent that summer at the University of Wisconsin–Madison. This was followed by a year-long visiting appointment at Northwestern University in Evanston, Illinois. Subsequently, Wojbor became a Professor at Cleveland State University, Cleveland, Ohio.

Wojbor singlehandedly created the Center for Stochastic and Chaotic Processes in Science and Technology under the auspices of CWRU in 1989 and had served as its sole Director. The Center was funded by the National Science Foundation and other agencies. It facilitated research on stochastic modeling in science and technology, but it was also open to external new ideas, theories, and projects. This interdisciplinary and intercollegiate entity attracted numerous visitors and collaborators from all over the world. Wojbor’s hospitality and friendly demeanor, combined with his passion for science and mathematics made such visits enjoyable and scientifically stimulating.

During his 53-year academic career, Wojbor worked on a great variety of topics from stochastic integration to probability on Banach spaces, probabilistic methods in harmonic and functional analysis as well as in novel applications of mathematical fields to probability problems. He was knowledgeable about, and genuinely interested in, the history of mathematics. Wojbor often crossed subject boundaries, wandering into applications of probabilistic methods to other areas, such as turbulence, statistical physics, atmospheric physics, hydrodynamics, oceanography, operations research, financial mathematics, chaotic dynamics, and other applications to chemistry, physics, biology, and medicine. He worked on statistics of random fields, nonlinear stochastic and fractional evolution equations, and random graphs, just to mention a sample.

Wojbor published 17 books in his research interest areas, and two book translations: Probability Distributions on Banach Spaces (written in Russian by N.N. Vakhania, V.I. Tarieladze and S.A. Chobanyan, D. Reidel), and Through a Reporter’s Eyes: The Life of Stefan Banach (by R. Kałuża, translated and edited by A. Kostant and W.A. Woyczyński). He also published 180 research papers, several biographies, and popular articles.

He received many honors and research awards, including IMS Fellow (1986); Ministry of National Education of Poland Prize for the monograph Random Series and Stochastic Integrals: Single and Multiple, joint with S. Kwapień (1993); McGregor Foundation Grant, Statistics for Financial Engineering and Volatile Global Securities Markets, a World-Wide Learning Environment Initiative (2008–09); Gold Medal of the University of Wrocław (2011); and the “Prix de Recherches” Award in the field of Mathematics, joint with Sylvie Méléard and Benjamin Jourdain, La Recherche magazine, Paris (2013).

Wojbor was a great teacher and mentor. Sixteen graduate students obtained PhD under his direction and many obtained masters degrees he supervised. As someone said, “His legacy will continue through his impact on students and colleagues.”

This obituary contains excerpts from the article by Jan Rosiński and Jerzy Szulga: “In Memoriam: Wojbor Andrzej Woyczyński (1943–2021),” Probability and Mathematical Statistics, 42. 1 (2022), 1–21.