Institute of Mathematical Statistics
Fostering the development and dissemination of the theory and applications of statistics and probability
Renew / Join IMS
Obituary: Matthew Zack, Jr. 1945–2021
July 18, 2022 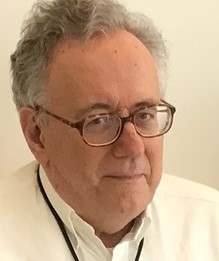 On July 31, 2021, Matthew Marion Zack Jr. passed away at the age of 76, of pancreatic cancer. He was preceded in death by his father Matthew M. Zack Sr., mother, Ellen Dolores (Kulba) Zack, and brother, John M. Zack. He is survived by a special cousin, Judy Ann (Zack) Dougherty, in Syracuse, NY and other family and friends.

Matt was born in Monterey and raised in Syracuse, where he achieved state and local recognition for his exceptional mathematical skills, graduating as valedictorian at Christian Brothers Academy (1963). After Canisius College (1967, Buffalo, NY), he earned an M.D. at the State University of New York at Syracuse (1971), trained in internal medicine at the Hospital of the University of Pennsylvania (1971–74), and earned an M.P.H. at UC Berkeley’s School of Public Health (1978). He joined the Epidemic Intelligence Service, the Center for Disease Control and Prevention (CDC) training program for medical detectives, in 1974 and worked at CDC for 47 years until his death.

At CDC, Dr. Zack was not only one of the agency’s foremost authorities on medicine, epidemiology, biostatistics and statistical programming, he often served as a consultant to other Department of Health and Human Service agencies, including the National Institutes of Health, the Food and Drug Administration, Healthy People initiatives, other national and state agencies, and external groups such as the Karolinska Institute and Uppsala University (Sweden), and the United Way. Dr. Zack published over 150 studies in major scientific journals including Science, New England Journal of Medicine, Journal of the American Medical Association, American Journal of Public Health, The Lancet, and CDC’s Morbidity and Mortality Weekly Report.

Dr. Zack contributed to the development and expansion of many programs at CDC, playing a pivotal role in the early development of what was to become the CDC’s National Center for Environmental Health (NCEH), and later advancing chronic disease epidemiology for multiple programs (e.g., Cancer, Aging Studies, Health-Related Quality of Life, Epilepsy), which were ultimately launched and housed within CDC’s National Center for Chronic Disease Prevention and Health Promotion (NCCDPHP). In 2009, he was recognized with the NCCDPHP Lifetime Scientific Achievement Award.

Dr. Zack published seminal studies in environmental epidemiology, including those on the effects of exposure to dioxins, DDT, PCBs, lead, arsenic, and other chemical waste. His studies included the health effects of 1950s nuclear testing and of Agent Orange exposure on exposed service personnel; chemical exposures to residents of Love Canal, NY; contaminated cooking oil in Spain; and the use of designer drugs and early onset Parkinson’s disease. He helped document the increase of heart attacks after snowstorms. Other studies examined health topics ranging from cancers, hip fractures, arthritis, multiple sclerosis, epilepsy, inflammatory bowel diseases, urinary incontinence to procedures like partial gastrostomies.

More direct contributions to health included scientific reviews that led the FDA to fortify grains with folic acid to prevent neural tube defects, and analytical work with the Georgia Department of Human Resources/Division of Aging Services that supported better services for disadvantaged people.

Other notable contributions include his steadfast leadership in guiding CDC in the development, validation, and use of health-related quality of life measures for public health surveillance. These “CDC Healthy Days measures,” continually included in both the Behavioral Risk Factor Surveillance System since 1993 and the Medicare Health Outcomes Survey since 2003, and are now widely accepted as robust and useful measures to assess population health, identify disparities, and to guide public health intervention. Most recently, Dr. Zack collaborated with the federal Centers for Medicare and Medicaid Services (CMS) and the health insurance industry to use the Healthy Days measures for health improvement in patient populations.

Above all, Dr. Zack was always willing to share his deep knowledge and passion for research, while offering his scientific acumen, guidance, and insight to his colleagues. He was a dedicated public servant and physician who typically worked many extra hours on his CDC research. His modesty and exemplary commitment to applying the most robust scientific methods served as a model throughout his career to his many trainees and other staff who benefited from his thoughtful collaboration and patient guidance as a mentor, teacher, and friend. A skilled writer who appreciated brevity, Dr. Zack often closed notes to colleagues with, “Do good.” In honor of Matt, let’s all remember to “Do good.”

Slightly condensed from an online obituary at https://www.fischerperimeterchapel.com/obituary/Matthew-ZackJrMDMPH/