Institute of Mathematical Statistics
Fostering the development and dissemination of the theory and applications of statistics and probability
Renew / Join IMS
Wald Lectures: Martin Hairer
May 14, 2022 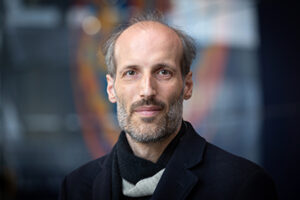 Professor Martin Hairer studied at the University of Geneva, where he completed his PhD in Physics in 2001. He subsequently held positions at the University of Warwick (UK) and the Courant Institute (US), before moving to Imperial College London, where he currently holds a chair in probability and stochastic analysis. His work is in the general area of probability theory with a main focus on the analysis of stochastic partial differential equations.

Author of a monograph and over 100 research articles, Professor Hairer is a Fellow of the Royal Society as well as many other academies in Europe. His work has been distinguished with a number of prizes and awards, most notably the LMS Whitehead and Philip Leverhulme prizes in 2008, the Fermat prize in 2013, the Fröhlich prize and Fields Medal in 2014, a knighthood in 2016, the Breakthrough prize in Mathematics in 2020, and the King Faisal prize in 2022.

There will be two Wald Lectures this year, delivered by Martin Hairer at the IMS Annual Meeting in London, June 27–30. See the timetable on the meeting website, at https://www.imsannualmeeting-london2022.com/program.

Universality and crossover in 1+1 dimensions

One of the great insights of 20th century theoretical physics is Wilson’s “renormalisation group” picture. Roughly speaking, he argues that one should think of the operation of “zooming out” as a dynamical system in the space of all statistical mechanics models with two models being “close” if they have similar statistical properties when probed at length scales of order unity. A tremendous amount of insight can then be gained by studying the fixed points of that system as well as its stability properties, heteroclinic orbits, unstable manifolds, etc. In the case of equilibrium models in two spatial dimensions, this picture is relatively well understood, at least at the heuristic level and for a relatively large class of models with good locality properties.

The focus of these two lectures will be on the 1+1-dimensional case, namely on models in one space dimension that evolve in time. In this situation, there are two well-known renormalisation group fixed points, namely the Edwards–Wilkinson (EW) model and the KPZ fixed point, recently characterised by Matetski, Quastel and Remenik. Since the former is more symmetric than the latter, one would expect it to be less stable, so that one can search for heteroclinic orbits, also called crossover processes, connecting it to the KPZ fixed point. It has long been conjectured that there is exactly one such crossover process, namely the KPZ equation, and that the KPZ fixed point is the “most stable” renormalisation fixed point in 1+1 dimension. We will show some recent results supporting this conjecture, in particular a proof of the fact that the directed mean curvature flow in a noisy environment converges to the KPZ equation in a suitable regime.

The second lecture will focus on a third universality class which we call the Brownian Castle (BC). This is a Markov process on a space of discontinuous functions on the line which has an explicit and relatively simple description in terms of the Brownian Web. We conjecture that the BC is less stable than either EW or KPZ, and it is again natural to ask whether it admits crossovers processes connecting it to either of these models. We will see that such processes do indeed exist, at least as far as the connection to EW is concerned. In very stark contrast to the crossover from EW to KPZ however, there is an infinite-dimensional family of such processes that all admit local descriptions and are all distinct.

These lectures are based on joint works (partly still in progress) with A. Gerasimovics, K. Matetski, G. Cannizzaro, and R. Sun.