Institute of Mathematical Statistics
Fostering the development and dissemination of the theory and applications of statistics and probability
Renew / Join IMS
Medallion Lecture: Huixia Judy Wang
May 14, 2022 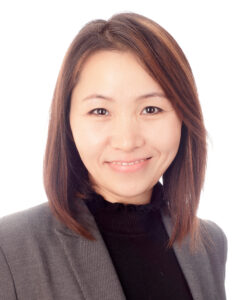 Huixia Judy Wang is a Professor in the Department of Statistics at George Washington University (2014– ) and a rotating Program Director in the Division of Mathematical Sciences at the National Science Foundation (2018–2022). Judy obtained a PhD in Statistics from the University of Illinois in 2006. She was an assistant and associate professor of Statistics at North Carolina State University from 2006 to 2014. Her main research areas include quantile regression, semiparametric and nonparametric regression, high dimensional inference, and extreme value analysis. Judy is Associate Editor of the Annals of Statistics, the Bernoulli journal, and Journal of the American Statistical Association. She is a Fellow of IMS and ASA, and an elected member of the International Statistical Institute.

Judy Wang’s Medallion lecture will be delivered at the Joint Statistical Meetings in Washington, DC, at 10:30 am ET on August 10, 2022

An essential problem in many fields is the modeling and prediction of events that are rare but have significant consequences. Unexpectedly heavy rainfall, large portfolio loss, and dangerously low birth weight are some examples of rare events. For such events, scientists are particularly interested in modeling and estimating the extreme quantiles of the underlying distribution, even beyond the range of observed values, rather than the central summaries such as the mean or median. In addition, the extreme behaviors of the response of interest (e.g., heavy rainfall) may be heterogeneous, depending on some covariates such as temperature, time, and geographic location, so it is essential to incorporate covariates information in the extreme quantile analysis. Quantile regression provides a valuable semiparametric tool for modeling the conditional quantiles of a response variable given covariates. However, it is challenging to estimate and make inferences at extremely low or high quantiles due to the lack of data in the tail regions. The extreme value theory provides a mathematical justification for extrapolation to estimate extreme quantiles. Various methods and theories have been developed for inference on extreme conditional quantiles by combining the extreme value theory and quantile regression modeling.

In this talk, I will survey some recent works on estimation and uncertainty quantification for extreme conditional quantiles. In data-sparse areas, the formulation of models plays a critical role. I will discuss the problem under various models with different levels of complexity, which calls for different techniques for quantifying the tail behaviors. In addition, I will present examples in diverse areas such as climate studies and finance to demonstrate various scientific motivations and practical applications. The talk will also discuss related theoretical and computational issues and open challenges.