Institute of Mathematical Statistics
Fostering the development and dissemination of the theory and applications of statistics and probability
Renew / Join IMS
Obituary: Michael Woodroofe 1940–2022
April 1, 2022 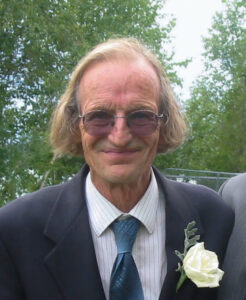 Michael Barrett Woodroofe, IMS Fellow and former Leonard J. Savage Collegiate Professor of Statistics at the University of Michigan, passed away on February 22, 2022 at the age of 81.

Michael was born on March 17, 1940 in Corvallis, Oregon, and grew up in the small town of Athena in northeast Oregon. His mother was an English teacher and his father mainly farmed, although he also taught science at high school for a while. Michael graduated from McEwen High School in 1958, then, encouraged by his parents, continued his studies at Stanford University, earning a B.S. in Mathematics in 1962. Returning to his home state, he completed a PhD in Mathematics in 3 years at the University of Oregon.

After his PhD, Michael spent a year as a Research Associate at Stanford University, followed by two years as an Assistant Professor of Statistics at Carnegie Mellon University, before joining the faculty at the University of Michigan in 1968 as an Assistant Professor of Mathematics. One year later he helped found the Department of Statistics at Michigan, joining it as an Associate Professor. He was promoted to full professor in 1973, and remained with the Michigan Statistics Department for the rest of his career, apart from a few year-long visits away. The visits away from Michigan consisted of a Visiting Associate Professorship of Statistics at Columbia University, 1970–71, spending time with Herbert Robbins; a Visiting Professorship of Mathematics at the Massachusetts Institute of Technology, 1976–77, enjoying the company of Herman Chernoff; and a position as Professor II of Statistics at Rutgers University, 1983–84, where he had several close friends, especially Harold Sachrowitz who shared a keen interest with him in baseball. At Michigan, he served as department chair from 1977 until 1983. In 1994 he was awarded the college’s highest faculty honor, an endowed professorship, to become the Leonard J. Savage Collegiate Professor of Statistics.

Michael was an eminent mathematical statistician working near the interface of probability and statistics. Early in his career he made seminal contributions to renewal theory in sequential analysis, including applications to repeated significance tests and fixed-width confidence intervals. His paper in the late 70’s on the one-armed bandit with a covariate may be the first article on contextual bandits, now an active area of inquiry in machine learning. Later on, motivated by applications to astronomy, he began working on nonparametric function estimation with shape constraints, with notable contributions to global risk, consistency, the behavior of estimators near boundaries, degrees of freedom, and the performance of different bootstrap methods. Later in his career, he had an ongoing interest in central limit theory for additive functionals of Markov chains and stationary processes, with papers giving general conditions for martingale approximations, developing quenched, conditional, and local limit theorems, and proving invariance principles for stationary random fields.

Over the course of his career Michael supervised the dissertation research of more than 40 PhD students, many of whom went on to have productive research careers of their own. He also served as a mentor for many young faculty members at Michigan, always happy to listen to their ideas and offer valuable suggestions. Michael was also active on editorial boards, most notably serving as the Editor of the Annals of Statistics from 1992–94, the last years it had a single editor.

In 1974 Michael married Frances Smock, an elementary school teacher. They had three children, Russ, Carolyn, and Blake, and they have all prospered. Russ is now an Associate Professor of Mathematics at the University of Primorska in Slovenia, Carolyn is a chemist in the Chemistry and Synthesis Center in the NIH’s National Heart, Lung, and Blood Institute in Maryland, and Blake runs a small construction company in Ypsilanti, Michigan. Michael enjoyed spending the summer time with his family at a cottage on a lake in northern lower Michigan. He liked to swim and mountain bike there, and found he could also work quite productively without the distraction of internet access. At age 8, Michael’s youngest son Blake developed a keen interest in ice hockey, and Michael took an adult class to learn more about the game. Finding he liked it, he became an avid hockey player, later playing on a club team with Blake.

Michael retired in 2009, but continued to collaborate with coauthors until around 2017. During this time his health gradually declined, and hearing loss that began in midlife became increasingly severe. In the last years of his life he suffered from dementia, spending most of his final year in an assisted living unit in Palm Bay, Florida.

Michael was not only an exceptional statistician but also a wonderful human being who touched the lives of many. He leaves behind a great legacy and will be sorely missed. He is survived by Fran, Russ, Carolyn, and Blake, and 4 grandchildren.

Written by Robert Keener, University of Michigan, with help from friends.