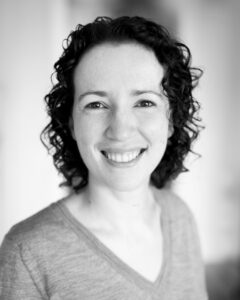 Rina Foygel Barber is the Louis Block Professor of Statistics at the University of Chicago. Her research focuses on problems in distribution-free inference, multiple testing, sparse and low-rank methods, and medical imaging. She received an M.S. in Mathematics in 2009 and a PhD in Statistics in 2012 from University of Chicago, and was a postdoctoral research fellow at Stanford University in 2012–13 before joining the faculty at University of Chicago in 2014. She is the recipient of a Sloan Research Fellowship (2016), an NSF CAREER award (2017), the Tweedie New Researcher Award (2017), the Peter Gavin Hall IMS Early Career Prize (2020), and the COPSS Presidents’ Award (2020).

Rina’s Medallion Lecture will be given at the IMS London meeting in June: see
https://www.imsannualmeeting-london2022.com/

Distribution-free prediction: exchangeability and beyond

Distribution-free prediction is a recently developed field in statistics that seeks to provide predictive inference for the output of any estimation algorithm, without requiring assumptions on the data distribution or on the underlying algorithm. Given a regression algorithm that produces a fitted model µˆ(x) to predict Y | X = x, the goal is to construct a prediction interval that is valid (i.e., has a 1−α coverage probability) regardless of the algorithm we used for fitting µˆ, and regardless of whether the model µˆ actually fits well to the data distribution. Conformal prediction, pioneered by Vladimir Vovk and collaborators beginning in the late 1990s, provides exactly this type of guarantee. It can be paired with any model fitting algorithm to provide distribution-free predictive coverage, as long as the training and test data are drawn from the same distribution.

In this talk, I will describe two recent extensions to the conformal prediction framework. First, I will present the jackknife+ and CV+ procedures. Traditionally, cross-validation based prediction intervals (in particular, leave-one-out cross-validation, which is also known as the jackknife) generally provide the right coverage level empirically, but theoretical guarantees for these methods require an assumption of algorithmic stability (namely, the predicted value µˆ(Xn+1) is stable to perturbations of the training data, e.g., removing one training point). In our work, we propose a modification to this method called the jackknife+, or more generally K-fold CV+ as a modification to K-fold cross-validation, which is closely related to the cross-conformal predictors of Vovk and collaborators. Interestingly, the jackknife+ is guaranteed to provide 1−2α coverage in the worst case (rather than the target level 1−α), but under stability conditions, both jackknife and jackknife+ result in ≈ 1−α coverage. This method offers a compromise between conformal prediction, which may be computationally infeasible in many large-scale settings, and hold-out set methods (i.e., split conformal prediction), which are highly computationally efficient but result in wider prediction intervals due to data splitting.

This work is joint with Emmanuel Candès, Aaditya Ramdas, and Ryan Tibshirani.