Institute of Mathematical Statistics
Fostering the development and dissemination of the theory and applications of statistics and probability
Renew / Join IMS
International Prize in Statistics 2023: Nominations open now
February 16, 2022 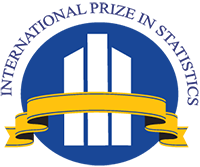 Nominations for the 2023 International Prize in Statistics are open. When choosing a nominee for the prize, consider the following points:

• The prize will be awarded for a single work or body of work, rather than “lifetime achievement.” Not only should powerful and original ideas be recognized by the prize, but also contributions that led to breakthroughs in other disciplines or works with important practical effects on the world.

• The recipient(s) must be living at the time of selection for the award.

• The 2023 International Prize in Statistics will be announced in early 2023 and presented at the ISI World Statistics Congress in July 2023.

For details of what to include please visit https://statprize.org/nominations.cfm. Unsuccessful nominations are carried over for one selection cycle (two years). Email your nomination to nominations@statprize.org by August 15.