Institute of Mathematical Statistics
Fostering the development and dissemination of the theory and applications of statistics and probability
Renew / Join IMS
Obituary: Richard (“Rich”) Fox 1942–2020
September 30, 2021 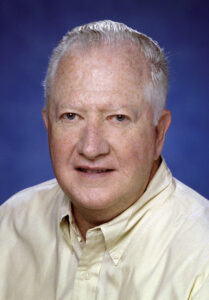 Richard “Rich” J. Fox, a longtime member of the Institute of Mathematical Statistics and of the Marketing Department faculty at the University of Georgia, died December 2, 2020, at this home in Athens, Georgia. He was 78.

Born in New York, Rich earned his undergraduate degree from the University of Dayton and then went to Michigan State, where he earned his Master’s and PhD in mathematical statistics.

After he graduated from Michigan State in 1968, Rich worked in corporate marketing research in Cincinnati, where he met his wife, Jill, and a decade later in Atlanta. From 1969–79, he was a senior analyst and consumer research group leader with Procter & Gamble. He joined Kenneth Hollander Associates Inc. in Atlanta as vice president for quantitative research, working with a number of corporate clients. In 1982, he became the manager of market research and marketing information for Atlanta-based Nimslo Corp., which was introducing a stereo camera for the consumer market that produced 3D pictures.

Rich joined the Marketing Department at the Terry College of Business as an associate professor in 1983 and taught market research and quantitative analysis to Master of Marketing Research (MMR) and PhD students, as well as undergraduate marketing courses. He served as the interim department head in 2007–08 and retired in 2010, but he continued to serve as part-time faculty until Fall 2020, teaching courses and supervising research projects for students in the MMR program.

Known for bringing his extensive professional experience into the classroom, Rich was honored many times for his teaching, including being named the Master of Marketing Research Teacher of the Year by the Class of 2020. He is remembered for his vibrant storytelling and dry wit. He was a statistical guru and trivia genius who loved sports, music, the performing arts, history, nature and animals, with a special place in his heart for golden retrievers. From his childhood, he was a dedicated fan of the New York Giants (football and baseball), New York Rangers, and New York Knicks, and through the years he traveled all over the country to watch their games.

A memorial service was held December 10, 2020, at Athens Memory Gardens, with Lord & Stephens in charge of arrangements. Rich is survived by his two daughters, Tracy Fox Shannon and Danielle Marie Fox-Baruta, and their families; his sister, Maureen McCarthy, and her extended family; and his brother and sister-in-law, Jack and Georgette Mackenzie, and their extended family. Memorial donations can be made to the Wounded Warrior Project or to Golden Retriever Rescue of Atlanta.