Institute of Mathematical Statistics
Fostering the development and dissemination of the theory and applications of statistics and probability
Renew / Join IMS
Sound the Gong: Back on the Road
March 29, 2021 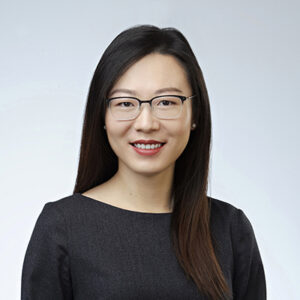 Ruobin Gong is an Assistant Professor of Statistics at Rutgers University. She joins us as a new Contributing Editor, starting her “Sound the Gong” column by reflecting on what we have learned from the past year of not being able to travel…

One of the most rewarding aspects of our profession is the plentiful opportunities to travel. As academics, we travel often to perform our duties at the highest level. Every year, we attend conferences, workshops and symposiums, and give talks at other institutions. Through these venues, we disseminate our knowledge, learn from our colleagues, and stay up-to-date with cutting-edge research questions that illuminate our paths for explorations ahead. For some of us (such as myself), traveling has an additional therapeutic effect, as it brings naturally the joy of life into work. As a kid I traveled frequently with my parents, and took great pride in filling up my passport with colorful stamps, and collecting souvenir magnets that populated our fridge door. I did not imagine that touristy activities would feel more gratifying having just fulfilled my professional duties. A casual stroll on the stone-lined path by the Graslei in Ghent, a tram ride up the astonishing coastal hills of Lugano, a quenching sip of sweet mint tea after a sweaty walk through the souks of Marrakesh — moments became more memorable after delivering a talk or participating in a stimulating round of exchanges with friends and colleagues.

The COVID-19 pandemic quarantined us out of all this. Over the past year or so, we have come to grasp with the new reality in which we not only must teach remotely, but also conduct academic communications via Zoom, WebEx, Skype and the like. Some conferences were postponed, as the organizers decided to wait for better days to return. Others adopted a virtual format, and achieved varying degrees of success. Not everyone adapted to the new norm without some loss of efficiency. Our students told us that they suffered from “Zoom fatigue”. As teachers, we sympathized with them, while at the same time concealing from them the fact that we, too, were tired from lecturing without seeing their faces and hearing their voices. Attention management became a challenge as well. I, for one, was guilty of occasional “multi-tasking” during virtual seminars. While the camera was off and the microphone was muted, I found myself attending to emails while the speaker was still enthusiastically discussing the slides, quite oblivious to what was going on — and perhaps unaware of my presence in the first place.

Another regret to “going virtual” is that we can no longer have visitors in person. I missed the many pleasant dinners with guest speakers, joined by my colleagues as we treated them to the local culinary delights as a token of gratitude. There was always a reward for everyone at the table. For the past five or so years, Rutgers statistics and philosophy departments jointly organized the Foundation of Probability seminar series. The series attracted speakers as well as attendees from a diverse range of interests. Every week we met for two hours for an interactive deep dive under the speaker’s lead. Afterwards, we routinely visited a Mediterranean restaurant in downtown New Brunswick, to continue the conversation in a more casual setting. For all us regular hosts, the restaurant staff learned by heart who fancied a lentil soup as appetizer, and who did not like feta cheese in their dishes. It was over baskets of warm pita breads and plates of fragrant hummus and baba ganoush, that our speakers shared their behind-the-scenes stories. What inspired them to embark on the project, what other interests and passions do they have, as well as their experiences at conferences and meetings, and even at their department and in their discipline in general.

Regrets aside, we have also inadvertently benefited from the rapid adoption and normalization of virtual academic communications. After all, traveling is both costly and time-consuming. Doing away with it, especially when the academic year is in session, presents a great logistical simplification. Prior to last year, to accommodate travel to conferences and talks I needed to reschedule on average one week’s worth of teaching per semester. Since the lockdown, none of that was necessary. I could hang up a Zoom call, and in a matter of minutes transition into teaching. In the past, the Foundation seminars also prioritized speakers in the Greater New York area and the northeastern part of the US, for ease and cost-effectiveness. Since the pandemic, we have hosted virtual speakers from as near as Chicago, Kansas and California, and as far as England, Belgium, Australia and China. At the beginning of the year, the seminar pulled off a panel discussion with multiple participants joining from different continents. All this was accomplished at minuscule expense, namely the electricity it cost to support this multi-way digital communication, which on no scale can be compared to the fatigue that our faraway guests graciously endured to accommodate the US Eastern time schedule.

Reflecting on all the in-person conferences and workshops I have attended over the years, those that have proven to be consistently the most intellectually stimulating are the themed, single-track ones held at relatively small scales. To gather several dozen researchers in the same room creates an undeniable catalytic effect for novel ideas. The attendees, by way of traveling miles and miles to appear in front of everyone else, commit their undivided attention to that community’s conversation. No matter how drastically different the backgrounds and viewpoints of the attendees, those two or three days at the conference will immerse everyone in the same physical experience. They will have heard the same speakers, weighed the same questions bearing on their minds, even possibly noticed the same inconsequential details, such as that the coffee on the reception desk had run out way too early in the day. Every participant can raise their hand to ask a question, or walk over to another participant to start a conversation — or even a debate, if necessary. The conference series organized by the BFF and SIPTA communities are excellent examples of the many highly engaging meetings that gather researchers with mutual interests in all subject areas of probability and statistics.

While traveling is on a pause, it also allows us time to contemplate the environmental impact of excessive flying. Commercial aviation contributed to 2.6% of global carbon dioxide emissions in 2018, and has been growing at a rapid 5% annual rate1. Last month, the Philosophy of Science Association (PSA) climate change task force initiated a survey among its members, to gauge attitudes towards future conference and workshop planning. A tradeoff calculation is called for, as we balance the facilitation of scholarly communications through in-person gatherings, against the carbon footprint and other adverse environmental effects these meetings may bring.

Modern science is a social institution. The creation, evolution and dissemination of knowledge both draw from and feed into the collective wisdom of the scientists. Having been confined to our homes for a full year and change, we come to reckon with the fact that in-person communication is an indispensable element of productive academic activities. We treasure more than ever the social element of our profession, and at the same time recognize the societal impact of our customary practices. As we slowly but steadily approach victory in our battle with the pandemic, universities are making plans to safely reopen their classrooms to welcome students in the fall. We look forward to getting reacquainted, not only with our dear friends and colleagues, but also with a redefined life back on the road.