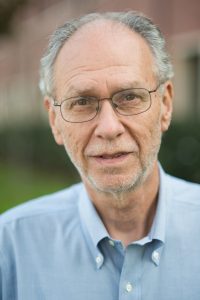 The William Benter Prize in Applied Mathematics recognizes exceptional mathematical contributions that have had a lasting impact on scientific, business, finance and engineering applications. It is awarded to an individual for a single contribution or a body of contributions they have achieved in their lifetime of research and achievement in mathematics. The William Benter Prize, amounting to US$100,000, is awarded every two years, with the recipients giving a lecture at the City University of Hong Kong.

The 2020 William Benter Prize in Applied Mathematics is awarded to Michael S. Waterman, University Professor Emeritus at the University of Southern California and Distinguished Research Professor at University of Virginia.

The William Benter Prizes for 2020 and 2022 will be awarded to the laureates at the International Conference on Applied Mathematics, ICAM 2022, organized at City University of Hong Kong, tentatively in May/June 2022. The prize founder, William (Bill) Benter, is a businessman and investment statistician who spent much of his career in Hong Kong.

Read more about the prize: https://www.cityu.edu.hk/rcms/WBP/index.html.