Institute of Mathematical Statistics
Fostering the development and dissemination of the theory and applications of statistics and probability
Renew / Join IMS
Obituary: Xiangrong Yin 1966–2020
October 2, 2020 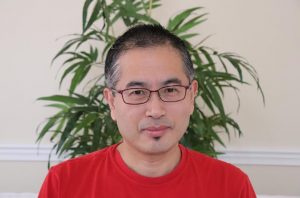 Xiangrong Yin, Professor of Statistics at the University of Kentucky, passed away suddenly on the afternoon of August 11th, 2020, at the age of 54.

Xiangrong Yin was born in 1966 in Changxing, China. His conscientious and hardworking traits, combined with his passion for mathematics, led him to study at Hangzhou University, where he obtained a bachelor’s degree in the subject in 1986. Xiangrong dreamed of one day becoming a university professor, so he taught in the Department of Mathematics while working towards his Master’s in mathematics, which he completed in 1993. He then spent a year pursuing graduate work in the Department of Mathematics and Statistics at McMaster University; however, due to a visa issue his wife, Xiaofang Shi, could not join him from China. Xiangrong then immigrated to the United States in 1996 and spent a year at Arizona State University, where his wife was finally able to move. He joined the graduate program in the School of Statistics at the University of Minnesota, where he would receive a Master’s and doctoral degree in 1998 and 2000, respectively. Xiangrong and his wife also welcomed their first son, Kevin, during this time.

The direction of Xiangrong’s research crystallized under his advisor, Dennis Cook, in the area of sufficient dimension reduction, which continues to be a topic of broad and current interest. This would prove to be a fruitful area of research for Xiangrong as he could leverage his innate understanding of deep mathematical concepts to address complex questions. Upon completion of his PhD in 2000, Xiangrong accepted an assistant professor position at the University of Georgia. (His second son, Stephen, was born a year later). Xiangrong was promoted to a tenured Associate Professor in 2006 and Full Professor in 2011. In 2014, he moved to the University of Kentucky’s Department of Statistics, where he remained for the rest of his life.

In addition to sufficient dimension reduction, Xiangrong’s research interests spanned feature selection, classification and discriminant analysis, high-dimensional regression, information theory, and computing algorithms. Perhaps his most path-breaking work focused on dimension reduction for the small-n, large-p problem by using methods developed for n>p. The proposed sequential approach is a quite simple, but highly efficacious framework for addressing this problem. The caliber of his research yielded nearly 70 publications — many in top-tier statistics journals — and numerous invited talks. This level of productivity increased his visibility as a leader both at his home institutions and in the field of statistics.

Xiangrong was a sought-after advisor, having co-advised or advised 16 PhD students and two Master’s students, as well as having mentored three postdocs. All of his students have gone on to successful careers in industry, academia and government; Xiangrong was especially proud of the fact that 10 of his 16 PhD students landed tenure-track academic positions. As a mentor, he helped guide junior faculty members through some of the nuances of the academic world. He always emphasized how much the successes in one’s career trump any negative experiences.

Xiangrong also worked tirelessly to serve his department, university, profession, and community. He re-energized the Department of Statistics colloquium series at the University of Kentucky by consistently inviting leaders in the field of statistics. He would regularly serve on important committees for the university, such as those involving tenure review. He served on the organizing committees for countless professional meetings and was a very active member of the International Chinese Statistical Association. He also selflessly devoted numerous hours of community service by volunteering for local and regional math and science competitions at his children’s school.

The contributions in Xiangrong’s all-too-brief, but accomplished career, culminated in his proudest professional moment in 2019, when he was awarded Fellowships by both the ASA and the IMS. Such honors are a testament to the positive impact he has left on our field.

The way Xiangrong harmonized the demands of his work with the simpler joys in life is very admirable. He always enjoyed meticulously planning his upcoming year’s conference schedule and the exciting travels that accompanied those conferences. He also enjoyed frequent walks through the University of Kentucky Arboretum, on which he would invite his seminar guests to accompany him. Those of us who knew him personally and professionally will remember him as a skilled statistician, a wise mentor, a humble individual, and a great friend.