Institute of Mathematical Statistics
Fostering the development and dissemination of the theory and applications of statistics and probability
Renew / Join IMS
Obituary: Hélène Massam 1949–2020
October 2, 2020 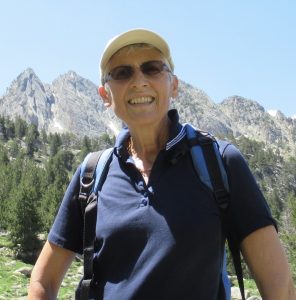 IMS Fellow Hélène Menexia Massam, Professor of Statistics at York University, Toronto, died on August 22, 2020 at the age of 71.

Née Kampouris, Hélène was born January 10, 1949 and grew up in Marseille, France. Soon after her admission to the École normale supérieure de Fontenay-Saint-Cloud at the age of 20, she followed geographer Bryan Massam to Montréal, Québec, and studied mathematics at McGill University (BSc ’71; MSc ’73; PhD ’77). Her thesis in optimization was supervised by Sanjo Zlobec. She then moved with her family to Ontario, where she was a Research Associate (1977–78), a Postdoctoral Fellow (1978–81), and a Lecturer (1981–84) at the University of Toronto. Her interest in statistics was aroused by Don Fraser, with whom she collaborated throughout that period.

Hired by York University as an Assistant Professor in 1984, Hélène was promoted to the rank of Associate in 1988 and became a Full Professor in 1996. York remained her academic home to the end of her life, except for a leave without pay at the University of Virginia from 1997 to 2001. Sabbaticals allowed her to spend time abroad, notably in France, Italy, and Tunisia.

Hélène’s first major publications addressed decomposition problems for various classes of exponential families. She then explored the structural properties of the rich class of Wishart distributions and various inferential issues related to the practical use of these models. With her main collaborator, Gérard Letac, and other coauthors, Hélène studied different aspects of Wishart distributions on symmetric cones, looked into quadratic and inverse regression for Wishart models, characterized the normal-Wishart law, derived the moments of the complex Wishart, and addressed the even more delicate case of the real analog. She also investigated the existence of a non-central Wishart distribution for a continuous shape parameter, designed efficient simulation schemes for the hyper-inverse Wishart and the G-Wishart, and much more.

In recent times, Hélène advanced the theory of, and inference for, discrete hierarchical models, tackled high-dimensional issues for these models, and worked on applications of graphical models, e.g., in genomics. She remained very active until her untimely death, publishing close to 70 refereed papers in total, including 11 in The Annals of Statistics. More work was underway.

In addition to advising 16 graduate students and 7 postdoctoral fellows, Hélène was a great mentor to many young colleagues. She was involved in setting up York’s statistics PhD program and consulting unit. She served in editorial capacities for Bayesian Analysis (2004–09), the Journal of Multivariate Analysis (2010–13), and The Annals of Statistics (2015–19). She also organized many workshops and programs at the Fields Institute, SAMSI and CANSSI, among others.

Reserved by nature, Hélène was kind, positive, determined, and resilient. She enjoyed literature, classical music, and the opera. She also loved trekking. She is survived by two children (Alexandra and Laurent), five grandchildren, and her companion of the past 12 years (Gérard). We mourn her loss with them and with her many colleagues and friends.