Institute of Mathematical Statistics
Fostering the development and dissemination of the theory and applications of statistics and probability
Renew / Join IMS
New IMS President welcomed
October 2, 2020

As you will have noticed, there was no physical IMS Annual Meeting this year, as it was due to be held at the Bernoulli–IMS World Congress in Seoul, which is now postponed to next year. This meant that the IMS meetings that would normally have taken place there were held online instead, including the handover of the Presidency (traditionally done by passing the gavel, but this year with a virtual elbow bump!).
Susan Murphy [below left] handed the Presidency to Regina Liu [below right].

Look out for an article from Regina in the next issue.

There was also a virtual IMS Council Meeting this year, also held via Zoom, which included discussions about how the IMS can recruit more new members — and, crucially, retain our existing members. If you have any thoughts on this, do share them with Regina: president@imstat.org. There was also an update on the plans for the 2022 IMS Annual Meeting, which will be held in London, just before the COLT meeting (http://www.learningtheory.org/), with a one-day workshop of interest to both communities held in between the meetings. We’ll bring you more information soon.Below is a screenshot from the Council meeting, with members of the Executive Committee, journal editors and elected members of Council. 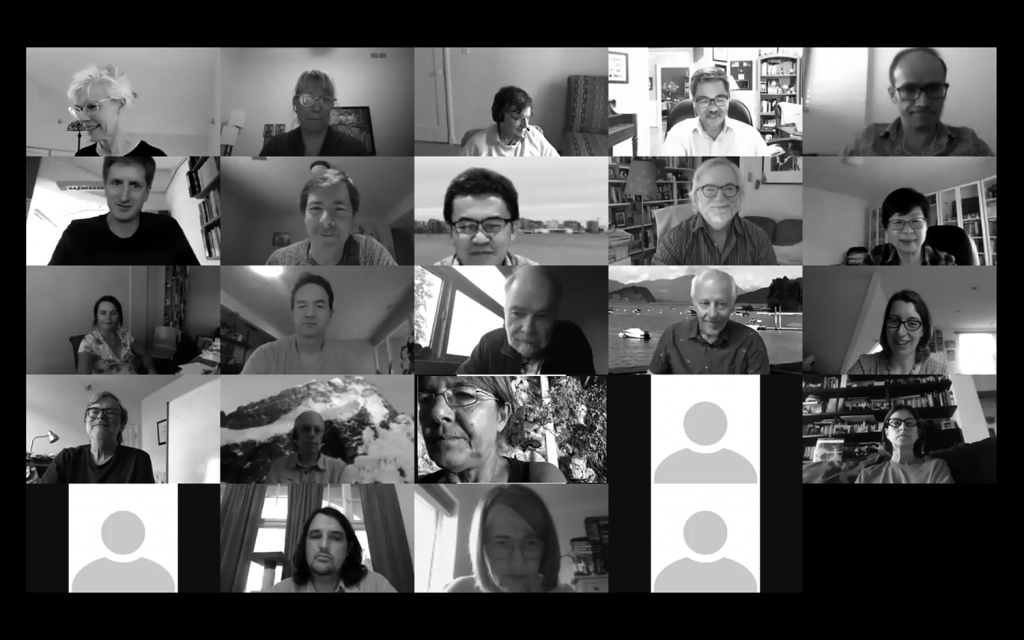