Institute of Mathematical Statistics
Fostering the development and dissemination of the theory and applications of statistics and probability
Renew / Join IMS
Obituary: S.S. Shrikhande, 1917–2020
May 17, 2020 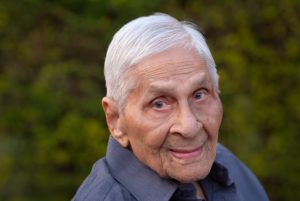 Shartchandra Shankar Shrikhande, IMS Fellow and well known combinatorial mathematician, passed away on April 21 at his residence in India. He was 102.

S.S. Shrikhande was born in Sagar, India, on October 19, 1917. Having won scholarships, he was able to complete his BSc Honours at the Government College of Science (now known as the Institute of Science) in Nagpur with a first rank and a gold medal. He went on to receive his doctoral degree on Construction of Partially Balanced Designs from the University of North Carolina in 1950, under the supervision of Raj Chandra Bose. Prior to that, he was a Research Fellow at the Indian Statistical Institute. Professor Shrikhande, R.C. Bose and E. T. Parker jointly disproved Euler’s 1782 conjecture that mutually orthogonal Latin squares cannot exist for orders of the form 4n+2 for any n. This was proved by Euler himself for n=0 and by Gaston Tarry in 1901 for n=1. The first analytical counterexample was found by Bose and Shrikhande in early 1959 for n=5. Later the same year, Bose, Shrikhande and Parker proved the general result that in fact such orthogonal squares exist for all orders 4n+2 except n=0,1. The trio were dubbed “Euler’s Spoilers”—as reported in the front-page New York Times article on April 26, 1959.