Institute of Mathematical Statistics
Fostering the development and dissemination of the theory and applications of statistics and probability
Renew / Join IMS
Kathryn Roeder to deliver 2020 R.A. Fisher Lecture
March 31, 2020 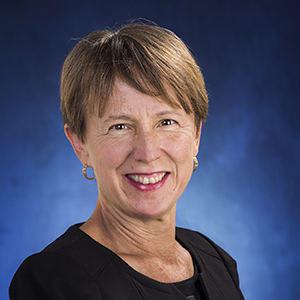 EDITED JULY 16, 2020: This award has been retired by COPSS, and is now called the COPSS Distinguished Achievement Award and Lectureship. See the announcement here.

The Committee of Presidents of Statistical Societies (COPSS) has selected Kathryn Roeder, UPMC Professor of Statistics and Life Sciences in the Department of Statistics and Data Science at Carnegie Mellon University, to give the R.A. Fisher Lecture at the 2020 Joint Statistical Meetings in Philadelphia. Her lecture will be titled: “Statistics and Genetics Offer a Window into Autism”

Kathryn Roeder, a former Vice Provost for Faculty at Carnegie Mellon University, is a Professor in the Department of Statistics and Data Science as well as in the Department of Computational Biology. Roeder’s research contributions are wide and deep in both statistical theory and applications. Her influences on the design and analysis of genetic studies are substantial. As one of her supporters wrote, “She is an authoritative and articulate spokesperson on statistical genetics and the central role that statistics plays in the associated scientific and policy issues.” Another stated that “Kathryn’s work has left indelible footprints in statistics, genetics, and computational biology.”

Roeder received a BS degree in biology from the University of Idaho and a PhD in statistics from Penn State University. Prior to joining Carnegie Mellon University, she held appointments of Assistant and Associate Professor of Statistics at Yale University. She has served in editorial roles for JASA, Biometrics and Genetics. Roeder has supervised 19 PhD students, and has been an outstanding mentor for numerous faculty members, particularly through her work on the IMS New Researchers Committee.

Roeder has developed statistical approaches to exploiting and adjusting for heterogeneity in samples from populations using ideas of mixture modeling. Her elegant solution to adjusting for confounding in genome-wide association studies — genomic control — is now the standard, making the “intellectual impact of this discovery enormous.” Roeder has also developed a framework to integrate information gathered from multiple types of study designs using Bayesian principles for gene discovery, a particularly valuable approach for high-dimensional data. Her development of an approach to identify discrete clusters whose membership may belong to two clusters, denoted semi-soft clustering, continues to make a profound impact on single-cell RNA sequencing analyses.

Roeder’s collaborative work focuses on identification of the genetic basis of complex disease. She is one of the leaders of the Autism Sequencing Consortium, an international organization dedicated to discovering the genetic etiology of autism in which her Bayesian model for integrated data is a “cornerstone of gene discovery.” Her collaborative work has been published in Scientific American, Cell, PLOS Genetics, and Nature.

Roeder is an elected member of the National Academies of Sciences, a Fellow of the ASA, IMS, and AAAS, and an elected member of the International Statistical Institute. Her awards include the NSF Young Investigator Award, COPSS Snedecor Award, COPSS Presidents’ Award, IMS Medallion Lecture Award, Janet L. Norwood Award, Myrto Lefkopoulou Lecture Award, and several distinguished lecture awards. Kathryn Roeder’s impactful contributions to the theory and practice of statistics embodies what the statistics profession values most highly. She is most deserving of the R.A. Fisher Lecture Award.

The COPSS Scott Lecture, and the Fisher Lecture and Awards session, can be found in the JSM program.