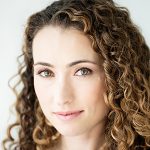 Daniela Witten is a professor of Statistics and Biostatistics at University of Washington, and the Dorothy Gilford Endowed Chair in Mathematical Statistics. She develops statistical machine learning methods for high-dimensional data, with a focus on unsupervised learning. Daniela is the recipient of an NIH Director’s Early Independence Award, a Sloan Research Fellowship, an NSF CAREER Award, a Simons Investigator Award in Mathematical Modeling of Living Systems, and a Mortimer Spiegelman Award. She is also a co-author of the popular textbook Introduction to Statistical Learning. Daniela completed a BS in Math and Biology with Honors and Distinction at Stanford University in 2005 and a PhD in Statistics at Stanford University in 2010.

Testing a hypothesis after unsupervised learning

In recent years, a number of techniques have been proposed for performing selective inference, also known as post-selection inference, in a wide variety of settings. For instance, approaches are available to test the null hypothesis that a particular coefficient in a regression model equals zero, given that the coefficient was selected based on the data at hand, using (for instance) the lasso or forward stepwise regression.

We develop a computationally-efficient approach to answer this question for changepoints estimated via binary segmentation and $\ell_0$ segmentation. In contrast to recent proposals in the literature, we are able to avoid conditioning on unnecessary information; we see a clear benefit in terms of the power of our approach.

Finally, suppose that we cluster n observations using hierarchical clustering, and then we cut the dendrogram at a particular height in order to obtain (say) K clusters. We can then ask the question: is the mean of the observations in one particular cluster equal to the mean of the observations in another cluster? Once again, this question has a selective inference flavor, since we must somehow account for the fact that these clusters were estimated from the data. It turns out that in the special cases of average, single, and centroid linkage, we can efficiently compute p-values that account for the clustering process and that control Type 1 error. This means that it is possible to assign a p-value to each split on a hierarchical clustering dendrogram. We demonstrate the performances of our proposed approaches on a number of applications, including DNA sequence data and calcium imaging data.