Institute of Mathematical Statistics
Fostering the development and dissemination of the theory and applications of statistics and probability
Renew / Join IMS
Obituary: Jonathan Cryer 1939–2019
February 17, 2020 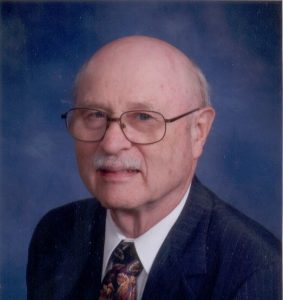 Professor Emeritus Jonathan D. Cryer passed away peacefully at his home in Iowa City on December 11, 2019, after a long battle with ampullary cancer.

Jon, who was born February 10, 1939, in Toledo, Ohio, earned his PhD in Statistics in 1966 from North Carolina State University, Durham, where he worked with M. R. Leadbetter on a topic about level crossing by normal processes, with applications to reliability. Jon was hired by the University of Iowa (UI) in 1966, joining Allen Craig, Lloyd Knowler, Bob Hogg, Byron Cosby, James Hickman, John Birch, and Tim Robertson in what was then the newly created Department of Statistics, now known as the Department of Statistics and Actuarial Science. He retired from the UI in 2001.

Jon made profound contributions to statistical education. Back in the mid-1970s, Bob Hogg, H.D. Hoover and Jon Cryer organized a two-week conference for mathematicians who were teaching statistics in small liberal arts colleges. These colleagues did not have appropriate statistical training and often relied on recommendations from professional societies in designing their own statistical courses. The conference organized by Jon and his colleagues introduced to these isolated statistics professors the importance of data analysis, robustness and using computers in teaching statistics — cutting-edge ideas at that time. Their emphasis on using computers was especially forward-looking, given that computer programming required cumbersome card punching and long turnaround times from main-frame computers. It was a highly successful conference. One of the participants, Sister Paschel Hocum, wrote Jon a two-page thank you letter dated July 30, 1977, in which she said, “You and your colleagues awakened in me feelings for statistics that I have long cherished in mathematics. It is fun, it is exciting, it is creative. Those feelings will have to be an asset when I teach Statistics second semester.”

Jon was active in organizing and speaking at similar workshops for improving statistical education, from teaching AP statistics to business statistics in business schools, including the annual week-long STATS Workshop from 1993 to 1996, as well as the 1998 and 1999 Making Statistics More Effective in Schools of Business conferences.

Jon co-authored two well-known textbooks: Time Series Analysis (first edition published in 1986, and second edition in 2008, with Kung-Sik Chan being the second author) and Statistics for Business: Data Analysis and Modeling in 1991 (with Robert B. Miller). As Jon was an early advocate for the use of computers in statistical education, in the first edition of his Time Series Analysis, he integrated theory, applications and computing using Minitab to do data analysis and model fitting. His business statistics textbook took an innovative approach with a heavy emphasis on processes and quality, reflecting his broader view of statistics as “the study of processes and what [one] can learn from observing them.” It emphasizes data analysis (the second edition contains a disk collecting over a hundred real data sets), experimental and survey design, while minimizing the use of formal probability theory and hypothesis testing. In a way, his books are harbingers of the trend that “books have begun illustrating statistical ideas using more and more data, whether real or realistic.” [1] In addition, Jon co-authored (with Barbara F. Ryan and Brian L. Joiner) the Minitab handbook, a classic that is now in its sixth edition.
The importance placed by Jon on real data in statistical education is well illustrated by a public flier he sent to former students of his Applied Time Series class and other interested parties, on December 8, 1975. It advertised a “demonstration of various real time, continuous time, [and] time series techniques based on equipment provided by the Department of Physics. […] With the aid of the white noise generators, sine wave generators, filters, oscilloscopes, and a Hewlett Packard 3580A Spectrum Analyzer, we will be illustrating certain concepts of time series analysis.”

Jon was elected a Fellow of the American Statistical Association in 1996, in recognition of his service to the profession and his contributions to statistical education. He received a University of Iowa collegiate teaching award in 2000.

[1] Cryer, J. D. (2002). “A Review of the Lessons Learned at the Conferences on Making Statistics More Effective in Schools and Business.” In ICOTS6: Proceedings of the 6th International Conference on Teaching Statistics, Cape Town, South Africa.