Institute of Mathematical Statistics
Fostering the development and dissemination of the theory and applications of statistics and probability
Renew / Join IMS
M. Elizabeth ‘Betz’ Halloran elected to US National Academy of Medicine
December 15, 2019 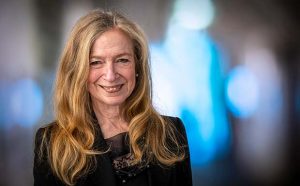 The United States National Academy of Medicine (NAM) announced the election of 90 regular members and 10 international members during its annual meeting in October. Election to the Academy is considered one of the highest honors in the fields of health and medicine and recognizes individuals who have demonstrated outstanding professional achievement and commitment to service. Among those newly elected was M. Elizabeth “Betz” Halloran. She is a professor of biostatistics at the University of Washington, and a full member of the Vaccine and Infectious Diseases Division at Fred Hutchinson Cancer Research Center in Seattle. “It’s a real honor to be recognized by your peers,” said Halloran. “It’s just thrilling to have that kind of recognition.”

Halloran was honored for her seminal contributions to the design and analysis of human trials of new vaccines and to the study of how infectious diseases spread through populations. (Her citation reads, “For pioneering the development of statistical methods and modeling for evaluating vaccines in populations, and contributions to evaluating direct and indirect effects of vaccines and improving design and analysis of vaccine studies.”)

Since her graduate research in malaria, Halloran has worked on outbreaks of about a dozen different diseases. Her current work includes projects in influenza, Ebola and dengue fever, a globally important mosquito-borne illness.

“Betz Halloran’s development of innovative epidemiological and statistical models for the spread of infectious diseases have had substantial impact in the anticipation and management of global infectious disease outbreaks,” said her Fred Hutch colleague and NAM member Dr. Ross Prentice, who nominated her for the honor. “She has also been a major contributor to methodology for the design and analysis of vaccine studies, including key contributions to the evaluation of direct and indirect effects of vaccines.

“Dr. Halloran also fulfills a leading role in related multicenter research collaborations and training activities. Many of these contributions and developments have occurred during the past 15 years, while Betz has been here in Seattle,” he said.

The mathematical and statistical methods that Halloran has developed have been widely adopted and built upon. They account for the many complex variables that affect the impact of a vaccine in a population, such as interpersonal contact and herd immunity.

See the full list of new NAM members at http://www.nasonline.org/news-and-multimedia/news/2019-nas-election.html